Scott McKenna Campbell returns to Door Shakespeare for a fourth season teaching with Camp Will. Previous roles onstage with Door Shakespeare include Feste (Twelfth Night), Verges (Much Ado About Nothing) and Justice Shallow (The Merry Wives of Windsor). Regional credits include Shakespeare in Delaware Park, the Maryland Shakespeare Company on tour, and parts of seven seasons with the Ohio Shakespeare Festival. Scott has written full lyrics and score for four original musicals produced regionally and has composed music for companies including the Shakespeare Theatre Company’s Academy for Classical Acting. He holds an MLitt in Shakespeare and Performance from Mary Baldwin University. He is a PhD candidate, Mellon Fellow, and Judson Award Winner in Interdisciplinary Theatre Studies at UW-Madison, where he teaches and assists “Why Shakespeare?” and Introduction to Dramatic Literature courses. In 2018, he created a StageLab (SLAB) addition to the campus Shakespeare course which he hopes to run again this fall. Find him at ScottMcKennaCampbell.com. 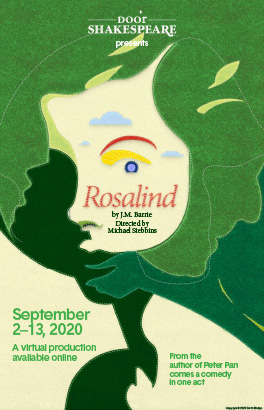